You are here: SUNDAY SCRIPTURE / WAITING AT THE WALL, PART 2 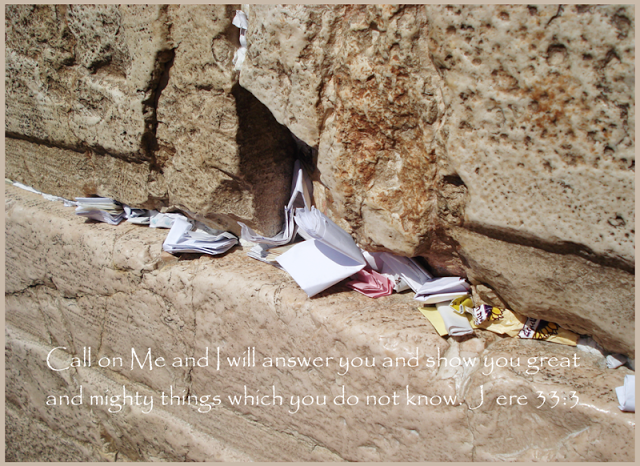 Dear readers… this Sunday Scripture is very different that my usual Sunday post. It is the retelling of one of the most important events that happened to me when I was in Israel. This is the second part and conclusion of the story. Part one can be read by clicking HERE. I hope all who take the time to read this are blessed!

YOU ARE LIVING STONE THAT GOD IS BUIDING UP INTO HIS SPIRITUAL TEMPLE.  2 Peter 2:5

BE A STANDING STONES
THE REAL CHRISTMAS STORY
THE NAMES OF GOD, PART 1
HOW TO MAKE GODLY DECISIONS