You are here: Home / Sunday Scripture / FAVOR FROM THE LORD 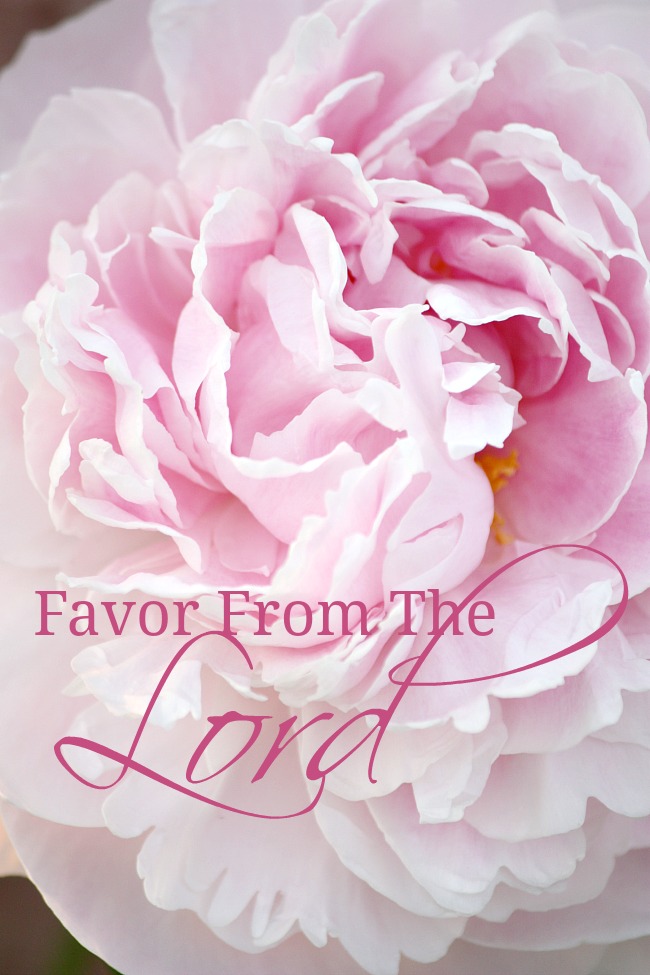 I loved picking up my children from school. It was just a little nicety I did or them and it would spare them the bus ride home. I especially have very vivid and precious memories of picking them up during the middle school years. Middle schoolers what a bizarre and funny lot, right?  So what do God’s favor and middle school pick-ups have in common? Oh, more than you might think…

FOR IT IS YOU WHO BLESSES THE RIGHTEOUS MAN, O LORD, YOU SURROUND HIM WITH FAVOR AS WITH A SHIELD. Ps 5:12

Just the sheer poetry and depth of this verse stopped me in my reading. And as the deeper meaning began to soak into my being I was in awe again of who God really is and what I mean to Him.

Let’s break this down to get a better sense of this amazing verse.  First things first, the psalmist tells the reader who is the one doing the blessing. God is a God that lavishes His blessings.

God’s blessings fall upon the righteous and unrighteous alike. Just like rain. Rain in the bible was considered a symbol for blessings.

THAT YOU MAY BE CHILDREN OF YOUR FATHER IN HEAVEN.  HE CAUSES HIS SUN TO RISE ON THE EVIL AND THE GOOD, AND SENDS RAIN ON THE RIGHTEOUS AND THE UNRIGHTEOUS. MATT 5:45

But in our verse, God makes it very clear that He is speaking of the righteous. The elect, the saved! Those that have accepted the free gift of salvation. His own beloved! Those who have bowed the knee in reverence and submission to Jesus.

To really understand this verse let’s get some context…

The psalmist sets a distinction between those who exult the name of the Lord and those that are against God. And he understands that the end of the wicked is doomed but the righteous are blessed by God!

I love the wording and the idea of YOU SURROUND HIM WITH FAVOR AS WITH A SHIELD.  The word FAVOR is the Hebrew word ratson (raw-tsone’). It means to be acceptable and to have goodwill.  And that favor surrounds those who belong to God as with a shield.

One type of weapon the ancients used during wartime was a shield.  It was as long as a man was tall. These shields were a great defense at the time of an attack.  Ancient soldiers would build or fit their shields together into a protective line, a circle to protect their backs, and even a roof over them to shield from flying objects.

Psalm 5:12 filters through these thoughts in my mind. And I come away with a picture of God’s favor lovingly surrounding me with an unpenetrable force. Protection, blessings, and loving!

This favor is a gift. I received it when I received Jesus as my Lord and Savior. Just one of the many gifts I received!

Words that come to mind when I remember waiting for my children after school are bedlam, chaos, wild abandon! And in that sea of smelly, unkempt and hormone emerging creatures were my own. I could pick them out so easily. I had my eyes trained on them.  I never missed finding them, not once! I would pluck them out of the frenzy and sweep them off to the car!

God loves the world. So much so that He sent His Son to save everyone in it. It is a messy, smelly sinful mass of humanity. And God loves us.

But God finds those who are His own, pick us out and surrounds us with favor.

Can I ask you something? Do you look for God’s favor in your life? Do you see Him in small ways and all ways? If we don’t look we might not see all the ways He works in our lives day to day! And what a joy to know our Father is working out favor for us beyond this life for all eternity!!!

If you do not belong to God yet… HE IS WAITING FOR YOU WITH OPEN ARMS. No matter who you are or what you have done the only God is waiting. And if you would like to know how to be His child please go HERE  and HERE.

FOR IT IS YOU WHO BLESSES THE RIGHTEOUS MAN, O LORD, YOU SURROUND HIM WITH FAVOR AS WITH A SHIELD. Ps 5:12

A LAMP UNTO MY FEET
HOW TO PRAY FOR THE LITTLE ONES IN OUR LIVES
WHAT IS YOUR LIFE VERSE?
A FRESH START