You are here: SUNDAY SCRIPTURE / WHAT IS A MESSIAH? 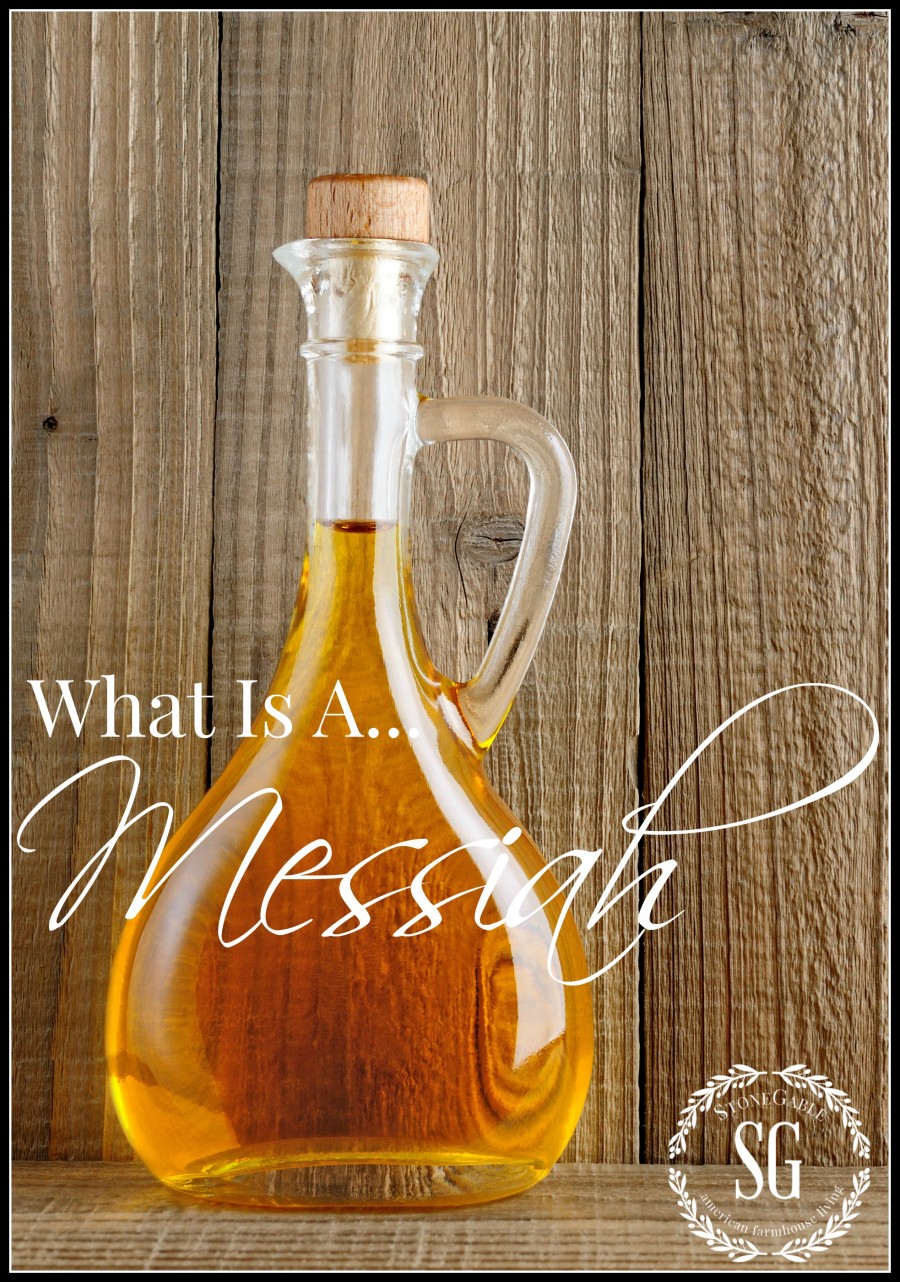 As a Christian, it is very important to me to have a deep understanding of the “Christian” or biblical words that are part of my everyday faith.
Words like… faith, belief, worship, glory, repentance, hope, redemption, propitiation, pray, salvation, sanctification, and  grace… just to name a few.
No word is more important to understand than the word…
MESSIAH
From the time I was a small child until well into my adult years I didn’t know what the word Christ meant.  When I was young I thought that Christ must be Jesus’ last name…. you know, Jesus Christ.
It wasn’t until I got serious about really knowing the meanings of the Christian words that roll off my tongue so easily that the word “Christ” became alive with value and significance.
I hope you are asking, “I thought you were going to talk about the word Messiah?”.  Great question!
The word Messiah is a Hebrew word… and ancient word.
The word Christ is a Greek word…old, but not as ancient.
The two words are synonymous!
Most of the Old Testament was written in Hebrew… and the New Testament was written in Greek.
The word Messiah and Christ… mean “anointed one”.
So Jesus Christ means “Jesus the anointed One”.
Let’s turn to the word Messiah… “anointed one”.
In ancient times, sacred oil would be poured over a person’s head if God had a special task for them to to. The task was usually to be a king. Sometimes priests and prophets were also anointed, but anointing was primarily reserved for kings.
Oil was poured out of an animal’s horn literally covering the anointed’s head, flowing all over him. It was a sign. the anointing pointed to something significant.
In ancient times, during a coronation a king was anointed with oil instead of being given a crown.
In the bible, we can see God’s prophet Samuel anointing both Saul and David as kings of Israel.
I especially love the story of King David’s anointing! God tells Samuel, the prophet to…
“Fill your horn with oil, and go: I will send you to Jesse the Bethlehemite, for I have selected a king for Myself among his sons” 1 Samuel 16:1
So Samuel obeys God and goes to Bethlehem, the hometown of Jesse.  He sees Jesse’s son Eliab and thinks…
“Surely, the Lord’s anointed is before Him.” 1 Sam16 :6 For Eliab was a fine speciman of a man!
But God says…
“Do not look at his appearance or at his height or at his stature, because I have rejected him: for God sees not as man sees, for man looks at the outward appearance, but the Lord looks at the heart”. 1 Samuel 7
Seven of Jesse’s son’s parade in front of Samuel and God rejects them all.
Samuel asks Jesse if he has any more sons… and Jesse says… yes. He has a son out tending the sheep~ a very lowly job. Surely his youngest son, a shepherd, could never be God’s choice…
So, Jesse’s youngest son David is brought before Samuel and God says…
“Arise, anoint him, for this is he” 1 Sam 16: 13
the  1 Sam 16: 13
David was a great king… a human king… but a great king!  However, the Jews were waiting for another king. The One that was prophesied to come.  A promised king!
The Jews were waiting for a Messiah, an anointed king chosen by God for a special task.
And what was that task? To save His people. But not only His people the Jews, but all people.  This Messiah would not only save His people from the grip of bondage to other nations… but He would also free all people, who choose Him as their King. He would save them from the grip of sin and death!
This One… anointed by God for a special task has come! Like His kingly ancestor David, He was also born in Bethlehem and even called Himself a shepherd… The Good Shepherd!
This awaited King is
Jesus the Messiah!  Jesus Christ!
Jesus “the Anointed King”!
The next time you hear the word Messiah or Christ I hope you will say to yourself… “The Anointed King”! And bow before the Him!
Amen!
This week memorization verse:
BUT THESE THINGS ARE WRITTEN (EVERYTHING ABOUT JESUS IN THE BOOK OF JOHN) THAT YOU MAY BELIEVE THAT JESUS IS THE CHRIST, THE SON OF GOD AND BELIEVING YOU MAY HAVE LIFE IN HIS NAME. John 20:31
2

WHAT IS SAVING FAITH?
THE LEVEL PLAYING FIELD
WHY I AM NOT ASHAMED
THE REAL CHRISTMAS STORY