You are here: Home / SUNDAY SCRIPTURES / WHY IS THE BIBLE SO DIFFICULT TO UNDERSTAND? 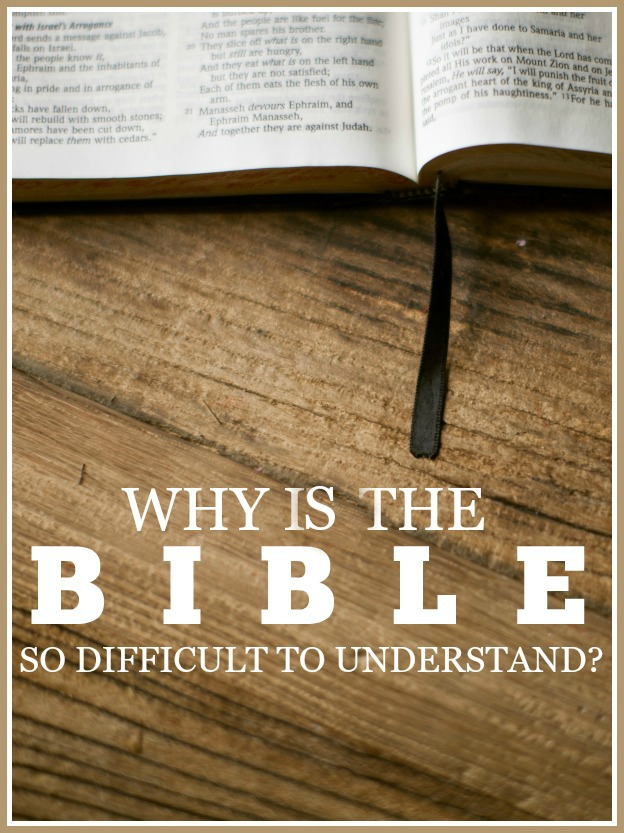 Let’s get very practical today… and honest! Have you ever said or thought, “Why is the bible so difficult to understand?” As a bible teacher I hear this all the time! And let’s be real…the bible IS often hard to understand and grasp! Let’s talk about that…

All Scripture is God-breathed and is useful for teaching, rebuking, correcting and training in righteousness.  2 Tim 3:16

Let’s start by agreeing that the Bible is the very inerrant word of God. Let’s agree it is TRUTH. No matter what anyone else says… period!

When the Spirit of truth comes, he will guide you into all truth.  John 16.13

Without the guidance of the Holy Spirit, we cannot grasp the very words of God. For it IS the Holy Spirit that lead us in the Truth of God. So, with those beliefs established let’s talk about… why can the Bible still be difficult to understand?

There are many reasons that the Bible is sometimes a difficult book… and we can’t address them all… but we will talk about a few here and I bet knowing these things will make understanding the bible easier!

I had a huge epiphany when I studied in Israel!

The land, the people, the customs, language, the food, the mindset and almost everything else was so different than what I was accustomed to at home!   Soooo different!

This exotic land and the people who live in it are the “stuff” of the Bible. How then, could I read God’s Word through the lens of who I am and my American experience.

The bible is an ancient book, written thousands of years ago. But it is the relevant book for our lives today!

Now here’s the thing.
We cannot deeply understand the words of the Bible if we think like 21st century Americans (or whatever your are). And most of us read the bible using a modern mindset. No wonder we have trouble understanding it!

We are MODERN PHILOSOPHICAL WESTERN thinkers. Our thinking is affected by the world we live in today. We are vastly affected by Greek philosophy and our western culture.

So different from the thinking and ways of the writers of the Bible!

They were ANCIENT ORIENTAL ORTHODOX  thinkers. Like us, their thinking was affected by their world too. And if we want to have a better understanding of the Bible, we need to put the Word in…

In other words, we need to understand the world and the times the Bible was written in.

And Jesus went away from there, and withdrew into the district of Tyre and Sidon.
And behold, a Canaanite woman came out from the region, and began to cry out, saying,”Have mercy on me, O Lord, Son of David; my daughter is cruelly demon possessed.”

But He did not answer her a word. And His disciples came to Him and kept asking Him, saying,”Send her away, for she is shouting out after us.”

But He answered and said, “I was sent only to the lost sheep of Israel.”

But she came and began to bow down before Him, saying, “Lord, help me!”

And He answered and said, “It is not good to take the children’s bread and throw it to the dogs.”

But she said, “Yes, Lord; but even the dogs feed on the crumbs of the master’s table.”

Then Jesus answered and said to her, “O, woman, your faith is great; be it done as you wish. And her daughter was healed at once.  Matthew 15:21-28

Let’s set the scene… important in knowing what the scripture passage means.

We need to think like a first century Jew to understand this sometimes difficult passage. Let’s put away our modern thinking!

Jesus and His disciples went to the land of Tyre and Sidon.  I did a little research… and Tyre and Sidon were Gentile (no Jews there) lands. Jews would not usually travel in Gentile lands. The were considered defiled. (Remember, no modern thinking!)

By now Jesus’ fame was close to Rock Star status and He would have been known everywhere He went! This scripture takes place at the height of His popularity. Certainly His miracles would be very well known.

A Canaanite woman, a person that a good Jew would have nothing to do with as they were an evil and idol worshiping people, came to Jesus and kept calling out for help. This was MOST unusual during this time. Jews and Gentiles usually did not mix… and certainly a Jewish man would have very little to do with a Gentile woman!

The woman called Jesus SON OF DAVID. More than amazing!!!!! SON OF DAVID was the Jewish description for the long awaited King of the Jews. It is another world for Messiah or Christ! This idol worshiper knew to call him SON OF DAVID!

This woman was coming to the only one who could help her… even if it was totally unheard of during her time. She had a child that was demon possessed. Even though she lived among a very evil people group and did not know the One true God… she loved her child. What would you do if your child was in such trouble?

Sometimes, I think we are so jaded by modern medical marvels. They are commonplace and normal today. We can cure so many ailments that our lives can be pretty sanitized in our affluent modern world. We don’t understand the desperate way many ancients lived. Lives shattered by disease, mental illness, birth defects and accidents. If this was one’s lot in life it remained unchanged!

Jesus, the Savior of the WORLD, would not answer her. He said, that He had only come to save the LOST SHEEP OF ISRAEL. Here is a little context… the Jews were called LOST SHEEP in the ancient writings. God used sheep… the “stuff” of their time… an everyday thing in their world  to show the Jew just how lost they were and how they needed a shepherd, a Good Shepherd. But I digress…

Jesus did come to save the world with his death that would take away ALL sin. But during His ministry on earth… it was a ministry to the Jews. Jesus and the gospel that saves…

came to the Jews first, then to the Greeks  Romans 1:16 (Greek is a synonym for Gentile or not Jew)

The woman in our story would not be deterred. She came to Jesus and bowed down to Him. Again amazing!!!!! And she calls Jesus Lord which means master. She must have been so desperate!

Here is Jesus’ response to her…

“It is not good to take the children’s bread and throw it to the dogs“.

An odd response!!!  Hard to understand! So, let’s put this passage into the CONTEXT of the day…

Jesus often called the Jews of the day CHILDREN. He was their Rabbi, or teacher.

Bread was a staple of life in the ancient world. No wonder Jesus called Himself “THE BREAD OF LIFE”.

And dog? Why on earth did Jesus talk about dogs?  Now you really have to put away your 21st century thinking for this one… A dog was another name for a Gentile.  The Jews called Gentiles dogs. It was common language. One that both Jews and Gentiles would understand.

In today’s thinking this would be quite an insult. In the time this passage was written this was common language.

So this is what Jesus is saying to the Canaanite woman…My ministry is with my people, my children the Jews… and not to the Gentiles (at least not yet) who do not know or believe in my FATHER!

The woman’s reply astounds me. She said, “Yes, Lord”, acknowledging Jesus’ statement was true and added…

“but even the dogs feed on the crumbs that fall from the master’s table”.

This desperate, Gentile mother was saying she would take the crumbs of Jesus’ ministry and that will be sufficient!!!! Sufficient for her needs. Oh what beautiful faith!!!!

And because of her faith, her daughter is healed by Jesus’ word. Jesus broke custom and tradition to reach out and help a mother who had faith in Him.

And like the Canaanite woman I bow to my wonderful Lord after understanding this passage! How can you not love Jesus when you understand!!!!!

When we can step out of our world and trod and plod through ancient lands with the ancient peoples and learn their ways we will begin to find such beautiful and deep meaning and truths in the Bible!

I love this scripture. At first glance I wondered why Jesus was so “snarky”. Why He would not help.  But when I understood the CONTEXT of this passage and read the scripture in light of the custom and culture it made sense.

Jesus was really the amazing God I have always known Him to be.  Compassionate, always calling people to a saving belief in Him. Not wanting any to perish!!!!

What a difference when we understand!!!!

Please hear this! I think this has helped me the most! We should always read and study the bible starting with prayer. Ask the Holy Spirit, the ONE who leads us in all truth, to open your eyes and hearts (our mind, will, emotion and intellect) to the truth of the Word.

We should read God’s word, not for head knowledge alone but because we want to align our lives with what the Word says. Transforming our lives is our goal. We want to look more and act more like Jesus!

We should read the bible asking the Holy Spirit to be our teacher. Don’t reach for commentaries or audio or video aids. Always dig into the word and “mine” the treasure for yourself. God wrote His Word with YOU  in mind!!!!

I keep a notebook handy to write what I am learning and to write any questions I have. I always ask the Holy Spirit to help me with my questions and to guide me to a right answer. I also thank and praise Him ahead of time for I know that He will answer my prayer!

Only after I have garnered what I can learn from the word, I consult good, God-centered commentaries and study aids. They often give the historical context of what you are studying.

Knowing God’s word takes time and effort and commitment! He gave us His word to know Him, to bring us into salvation and to change our lives.

We are His ambassadors to a lost, dark and hurting world. We are to show Christ to others so  shouldn’t we know Him to do a good job?

The next time you find scripture difficult, rejoice! Take the time to get into the word and find the CONTEXT and true meaning. With the help of the Holy Spirit you will be on the journey to finding beautiful and life changing TRUTH!!!! 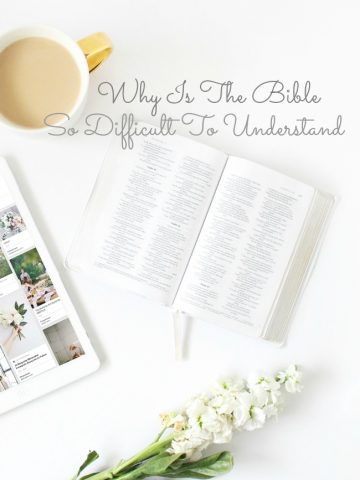 WHY IS THE BIBLE SO DIFFICULT TO UNDERSTAND? 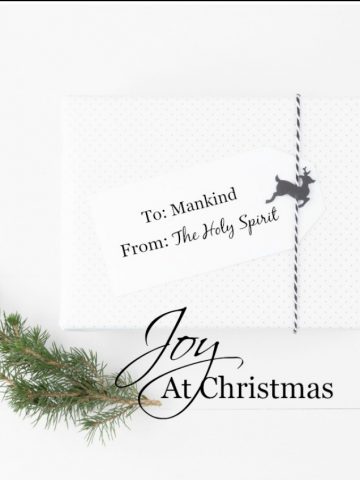 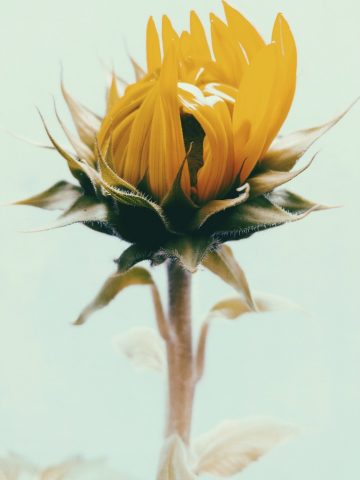 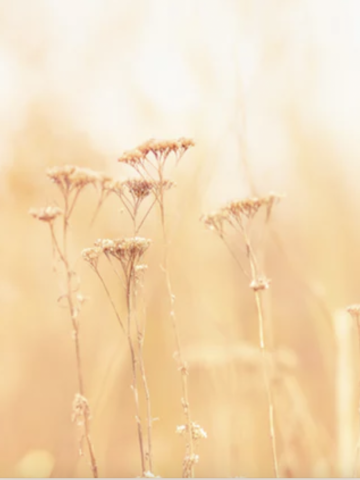