Transition Your Home with Beautiful Fall Decorating Ideas! SIGN ME UP

You are here: SUNDAY SCRIPTURE / WHY IS THE ACCOUNT OF CHRIST’S BIRTH IN ONLY TWO OF THE FOUR GOSPELS… VERY INTERESTING! 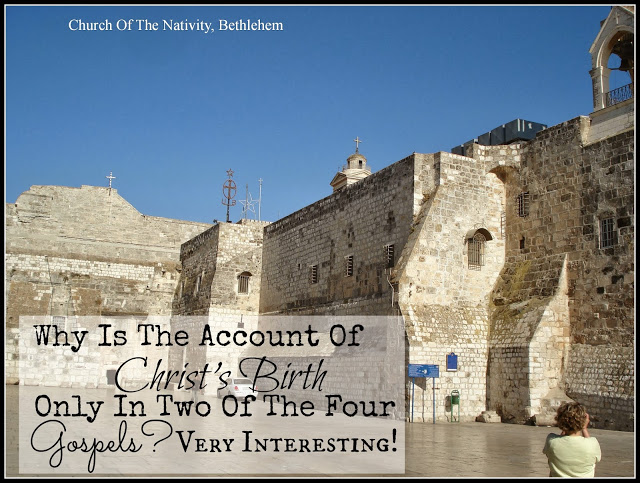 But, our death does not make amends for our sins. So without the right “payment” we have no hope for life… for a life of intimate connection with God. It is God who is LIFE! When we sin we walk away from LIFE!

But God, who loves us more than we can think or comprehend so wants us to live eternally with Him, devised a saving plan for all of us!!!!

He would send Jesus, God in the flesh, down to earth to live as a real man and He would save us through paying the price for our sins!

He would die in our place and shed his blood in our stead!

But not just any blood! His perfect sinless blood.

Jesus is our Kinsman Redeemer! I love this very important concept! Kinsman means one like us… a human. One that is our kin or relative. Redeemer means someone who buys something back for a price. Someone who buys something back and gives it to it’s rightful owner!
Jesus, one like us, came to planet Earth and bought us out of the clutches of sin and death and eternal separation from God with his sinless human blood! He died and shed his blood to pay the price we could not pay with our sinful blood for our sins and to give us back to our owner, God… to have an incredible, intimate relationship with Him as His child!
The book of Luke is all about Jesus’ humanity. A perfect human able to reunite us to God!
In Luke, God proves that Jesus was born a human by a Jewish girl named Mary!
God’s beautiful story of  Jesus’ birth is proof that Jesus came to earth as a human!
SELAH!

A word that appears in the bible and means that something is so awesome that we should stop and think about it for awhile! So I say to you…

Now let’s just take a very quick look why the other two gospels, Mark and John DON’T tell the Christmas story!
The theme for the book of Mark is
BEHOLD THE SUFFERING SERVANT
It portrays Jesus as a servant…
It was important for God to let the world know that Jesus was a servant to Him and also to all mankind!
Now to a Jew of that day, a servant’s genealogy or the circumstances of his birth was not important!
So Jesus’ birth was not included
God wants us to know Jesus and His perfect servant’s spirit as he lived on Earth… one who does the will of His Father and serves humanity.
And the last gospel to be written was the book of John who’s theme is
BEHOLD, THE SON OF GOD!!!!!!!
The book of John deals with Jesus’ deity. Jesus and only Jesus is GOD IN THE FLESH!
God does not need you to know that Jesus was born a baby… he covered that in two other gospels, but God is all about wanting you to know that Jesus IS GOD! Maybe that is why I have taught John so many times… I stand in AWE!
I hope this builds your faith in the veracity of the Bible and amazes you… I hope you stand in Awe today of  what a perfect and wonderful God we serve!
And I hope you stand, no… bend your knee and kneel to THE ALL HUMAN, ALL GOD, ALL SERVING,
KING OF THE JEWS…
JESUS!

May you celebrate Jesus’ birth with a new love and devotion!

I pray this Advent season Jesus’ birth has a deeper and awesome meaning!