You are here: Home / KItchen / THE EARL OF STONEGABLE 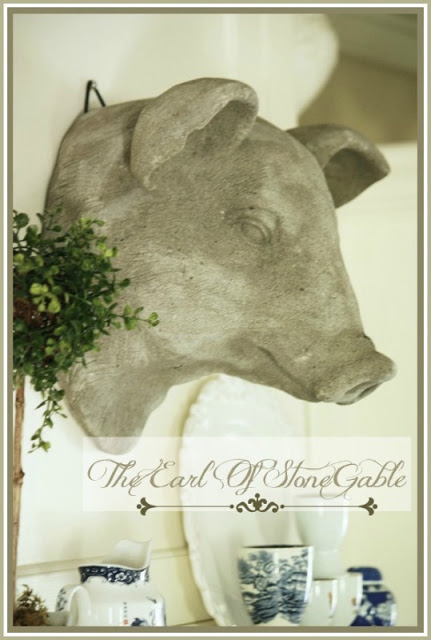 The Earl has come to live at StoneGable.
Earl… the pig.  He’s the newest addition to our kitchen… 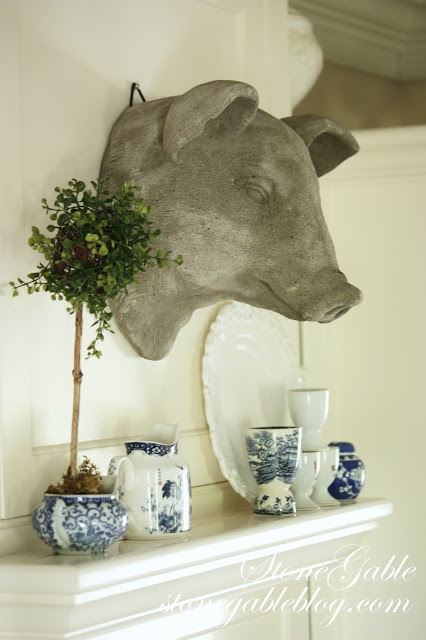 Earl hails from FARMHOUSE DECOR. Farmhouse decor is the fabulous on-line shop of Barb at THE EVERYDAY HOME.
Every since I saw some great stear head mounts I have been looking for one that speaks to me. Who know it would be a pig!
Earl is named after a very famous pig in bloggyland… Earl from HAPPIER THAN A PIG IN MUD.  Bobby says that Earl is a noble name! He’s right! It’s actually an old English name meaning “noble warrior”. 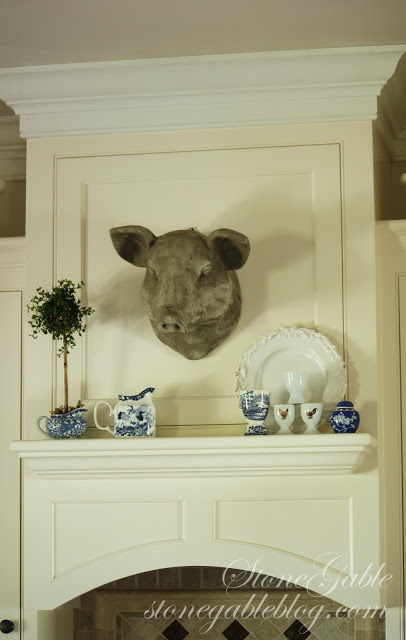 Earl hangs on my stove hood above a little shelf that I have decorated with blue and white dishes. It’s as if he is watching over all that I cook.
The very first thing I made when he was hung was bacon! I felt like I should have thrown a dish towel over his face!
Forgive me Earl! 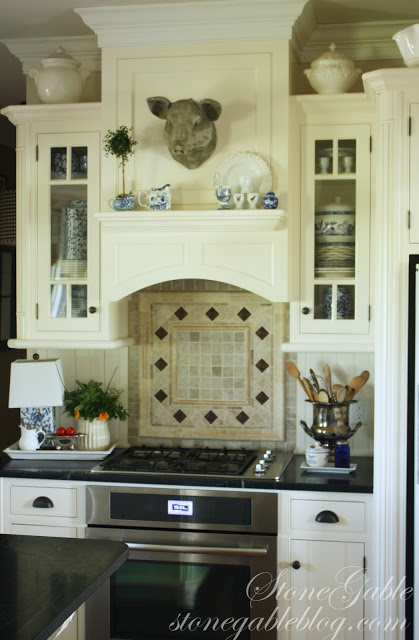 Welcome Earl… I hope you have many happy years at StoneGable! 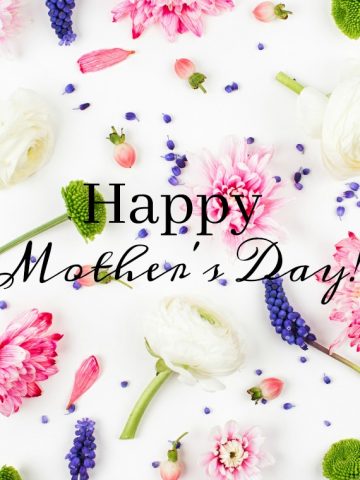 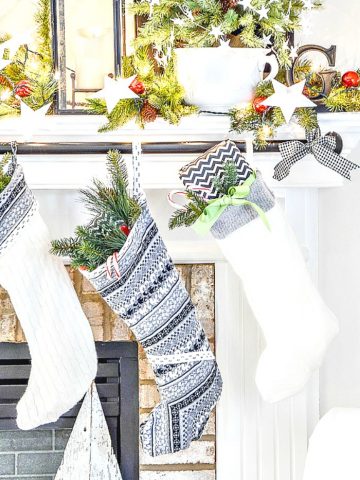 THE STOCKINGS WERE HUNG THE EASY WAY DIY 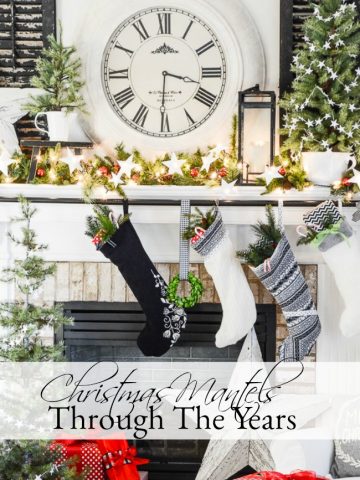 CHRISTMAS MANTELS THROUGH THE YEARS! 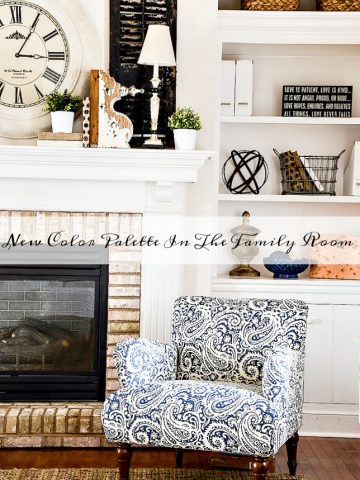