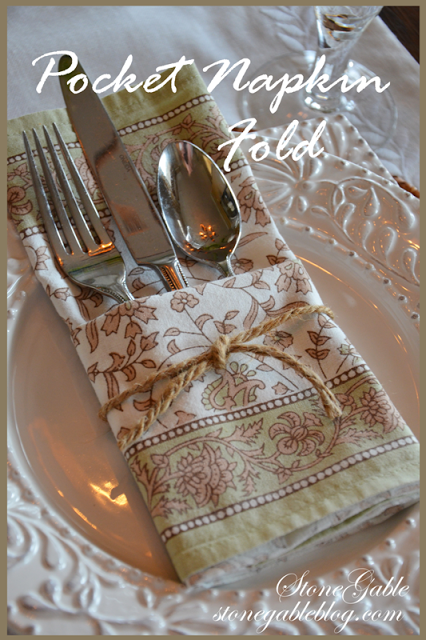 This is a fun easy way to fold a napkin and include the flatware too. Making a POCKET NAPKIN takes less than a minute and adds a lot of interest to a tablescape!
Here’s how… 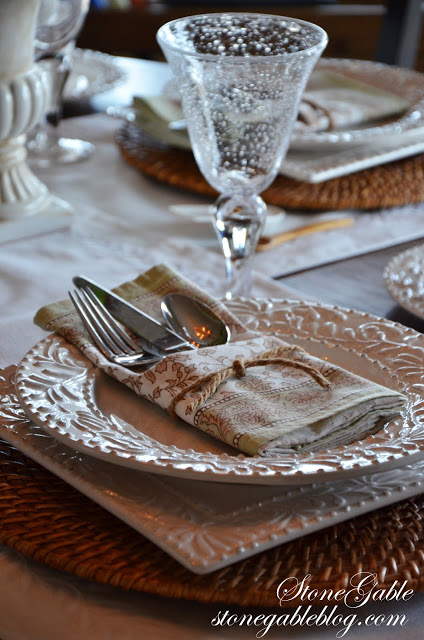 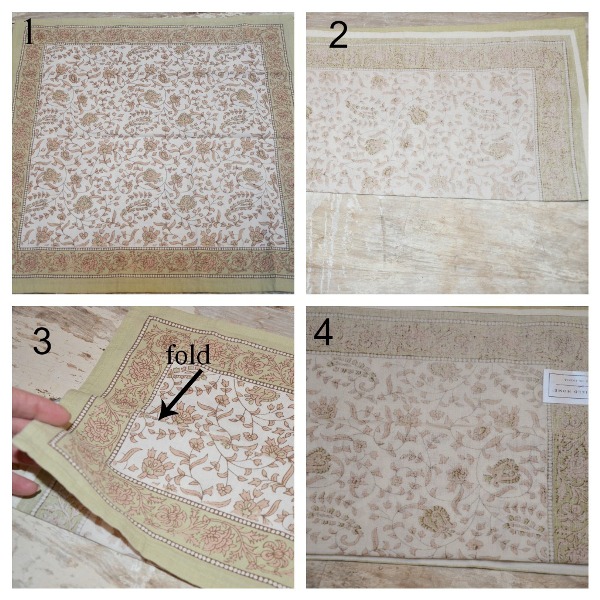 1. Spread the napkin right side up on a flat surface.
2. Fold the napkin in half horizontally.
3. Take the top layer and fold it down to the fold line on the bottom layer. The top layer will now have a fold line in the middle of the napkin.
4. Turn the napkin over. Be careful that it still stays folded. 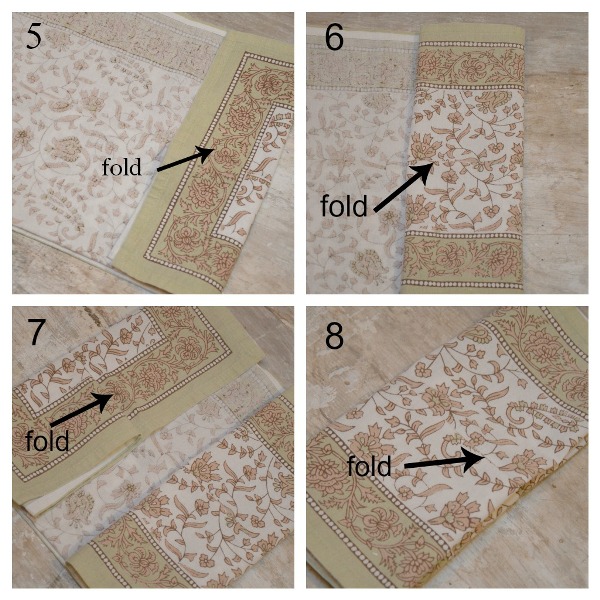 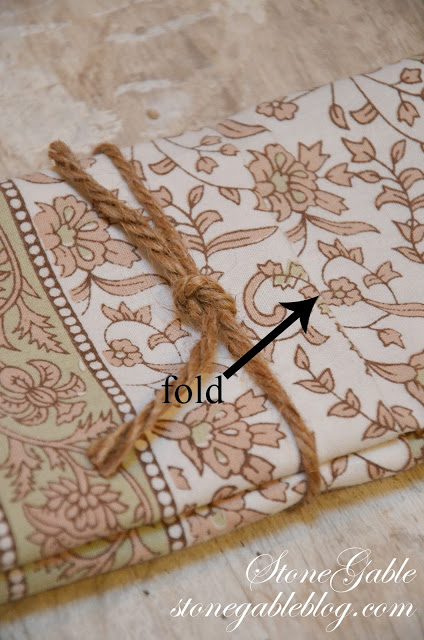 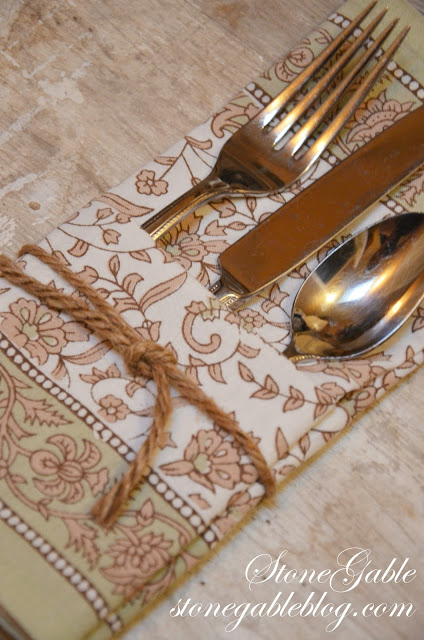 Now you know how to make a Pocket Napkin Fold…. easy-peasy! 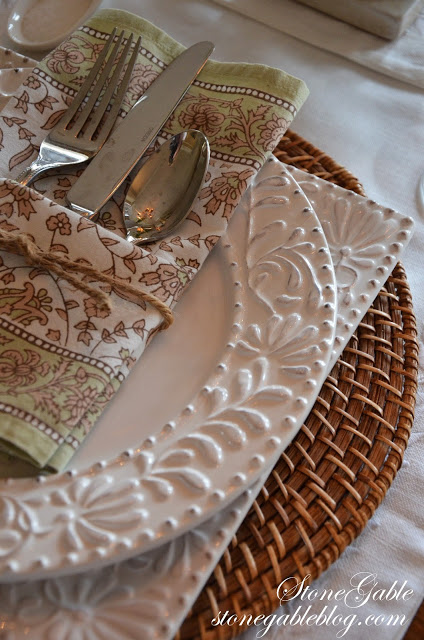 You might want to pin this to your TABLESCAPE or NAPKIN FOLD boards. You can follow me on Pinterest and see all the great pins I’m finding HERE! 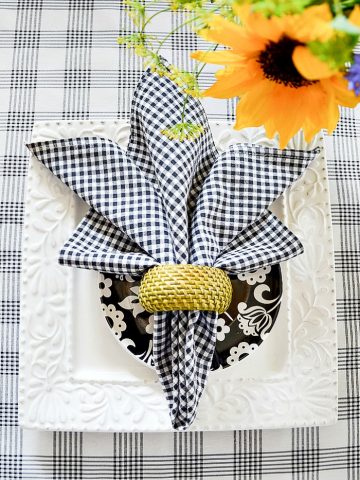 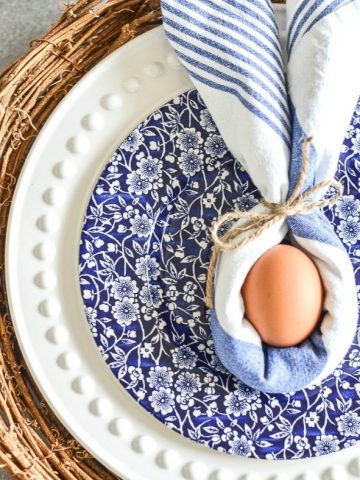 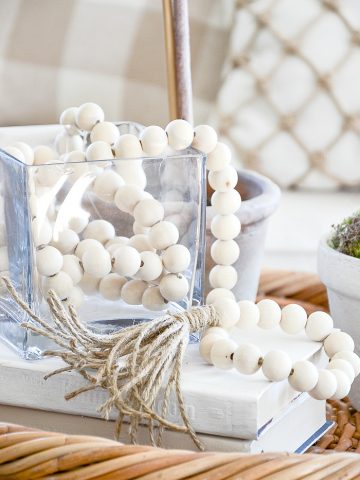