You are here: Home / StoneGable / HAVING LUNCH WITH FATHER ABRAHAM 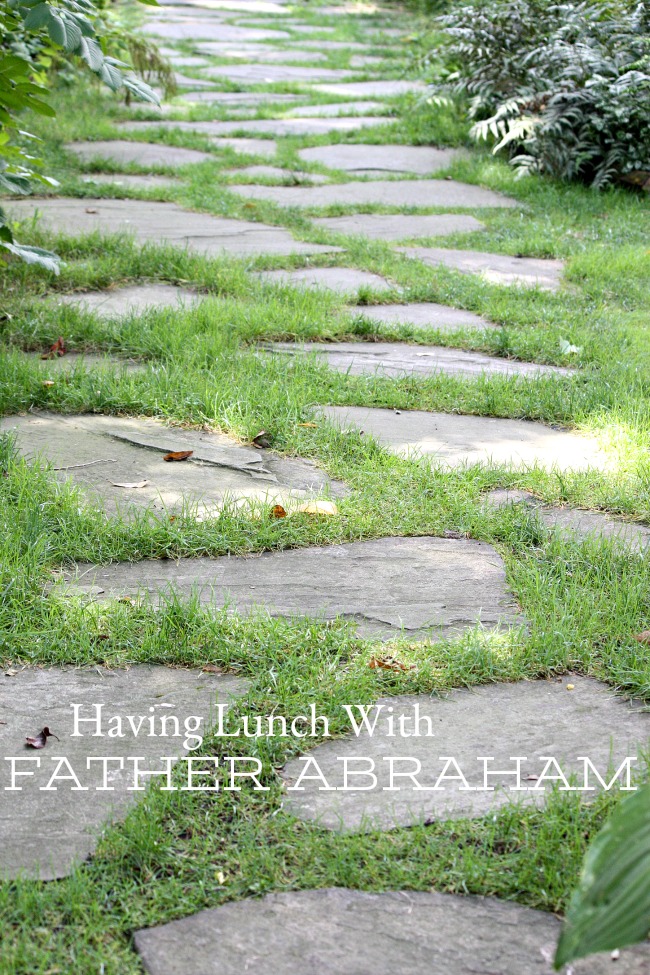 When you go to heaven which person from the Bible do you most want to meet?  God, Jesus and the Holy Spirit not included! My list is very very long… Mary, the Apostles, James the brother of Jesus, Adam, Eve, David, all the Prophets, Moses, Joshua and Caleb, Mary Magdalene, Mary and Martha and Lazarus, Jabez, the woman at the well, Barnabas and Silas… The list goes on and on. Thankfully, I will have all eternity to meet and talk and be with other saints! What I would really like is if there was a large video-type screen and we could see all the bible played out in real-time and have each person involved narrate it.

And even better would be if I could step into it too.I want to see the land, know the customs, learn everyone’s thoughts, hear how everyone came to faith in Jesus! I always fancied having lunch with Abraham outside his tent! It would probably be hot and full of sand and wonderful dishes like figs, and date honey. I’d be sitting on a big Bedouin rug and probably be able to smell the camels!

The life of Abraham, the father of the Jews and a great believer, intrigues me! Not only the twists and turns of his eventful life but his ever pursuing faith in the one true God!

There is so so much about this man and his life I would like to tell you! About his covenant with God that makes me weep, the way he left his land and followed a God that he had just met and that he and Sara longed for children. I would like to recount the 3 day walk to Mount Moriah with his only son and the terror, joy, and faithfulness in getting his son back. But for right now, let’s talk about his faith!

God made a covenant with Abram (name before he believed). A covenant is a promise, but better than a promise. It is deep and rich and cannot be broken unless by death. God promised Abram that he would be the father of a great nation, that He would give Abram land for eternity, and more.  Abram means “great father”. Abram was this childless man of faith’s name. He was  75 years old when God made these astounding promises to him!

Abram must have really held on to those promises because years passed and no children. He and his wife Sari (her name before God changed it) were well past child bearing years! Decades passed… and yet Abram still believed his God and promises!

Abram tells God right away that he is still childless.  Abraham remembered God’s covenant promise to him! Against all human odds, Abraham knows that God is bigger than any small detail, such as being past the age of bearing children. I love this. Abram is reminding God of His promise!!! Abram is persistent!

God says to Abram, “Count the stars if you are able to count them. So shall your descendants be”.

Then the Bible tells us something magnificent… “Then he (Abram) believed in the Lord and He (God) reckoned it to him as righteousness. (Gen 15:6).

The root word for believe is transliterated from the original Hebrew as “Emunah” said “em-MOO-hah”. It is translated as “believe” in English or “pistis” in Greek. But “Emunah” carries a much deeper meaning! To believe or “pistis” is to assent to a factual statement. Or to agree to the truth of something.

Abraham “Emunah”. It is much more encompassing word than our meaning of belief. It has the same broad meaning as when God calls us to have faith (belief) in Him. If we only believe that there is a God that does not credit us as righteous. James 2:10 says. “the demons believe in God and shudder”. We see the demons during the time Jesus walked on earth calling Him the SON OF THE MOST HIGH GOD. They knew who He was. They believed in God but their belief did not win them salvation! Just knowing that there is a God is not “Emunah”.

Like Abraham, we are called to a belief, an “Emunah” belief that sees God and assents to belief in Him and believing thrusts us to a place of repentance. It moves us to live a life for God and not for ourselves. It contains the idea of steadfastness and persistence in our commitment to God. A life of faithfulness!

So, when things get hard… and they will… and it does not seem like God is who He says He is or will do what He says He will do, we “Emunah” with all out heart! We keep on persistently believing and bowing our knee to our God and committing ourselves to Him and Him alone! We will “Emunah” believe and know that HE IS and HE CAN and HE WILL no matter the circumstances!

Yes, when I get to heaven Abraham and I will have lunch and a long, long talk! I have so much to ask him. If you have that “Emunah” belief in Jesus why don’t you join us! We will make it a feast!

Abram believed the LORD, and he credited it to him as righteousness. Genesis 15:6 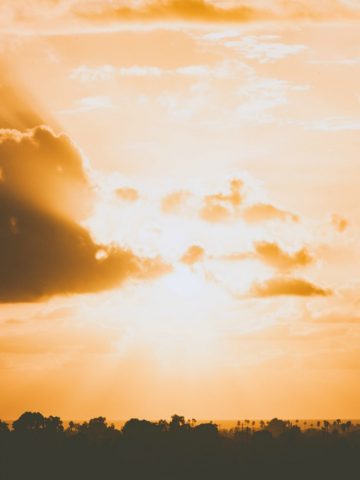 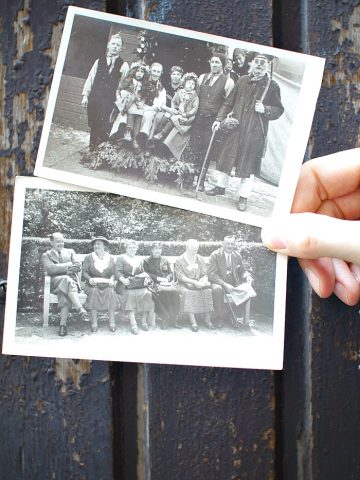 WHO ARE YOUR PEOPLE? 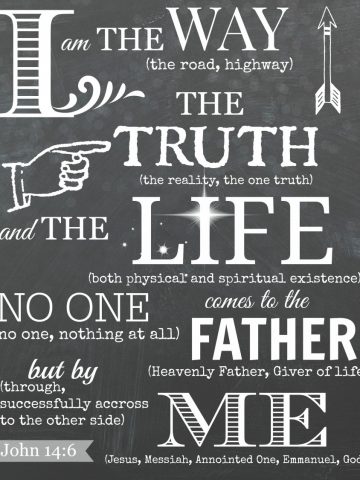 WHERE WILL YOU SPEND ETERNITY? 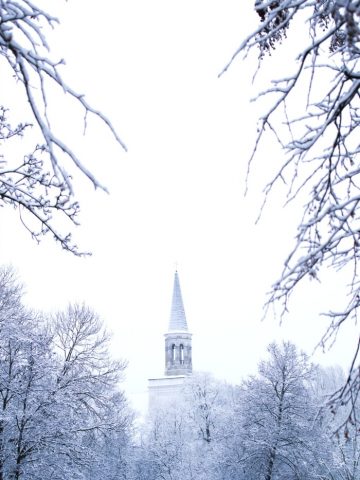